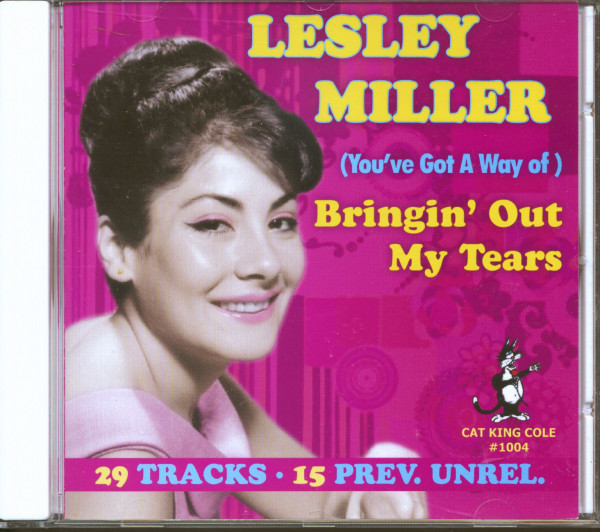 He Wore The Green Beret

This 'answer' to Barry Sadler's hit song is one of many that the record inspired. It was written by Peggy Barsella, a former New York nurse who had turned to song writing. A version recorded by Nancy Ames entered the Pop Chart exactly six weeks after Ballad… was released. Ames' version lasted only three weeks and peaked at #89, calling into question the length of Sadler's coattails.

The version of He Wore The Green Beret chosen for the Anthology was recorded by RCA Victor artist Lesley Miller. Born in Baltimore, Maryland in 1943, Miller had recorded a number of pop tunes for the label in 1964 and '65. On some of her early sides such as Just Another Fresh Boy and Heartache Is Over she sounded very much like Lesley Gore, a similarity that was accentuated by Claus Ogerman's arrangements. None of these songs cracked the Top 100 and …Green Beret would also miss out, bubbling under at #101.

While at RCA, Miller wrote many of her own songs. (You've Got A Way Of) Bringin' Out My Tears and He Doesn't Need Your Pity are but two. After leaving RCA she eventually signed with MGM. Teach Me To Love You/Think Of Rain, two sides produced by her then husband, Alan Lorber, received a full-page ad in one of the trade papers but failed to catch on. She is also credited as the vocalist on Bob Dylan's You Ain't Goin' Nowhere, a cut from the never released album 'The Changing Times Of Bob Dylan.'

The reasons for Miller's lack of success as a vocalist can only be guessed at. She recorded for major labels and had at least one outstanding producer (Lorber had worked with Phil Spector, Leiber & Stoller, Shelby Singleton and others). The key may be how her work is categorized 40 years later. ebay ads for her RCA sides identify her records at various times as 'pop,' 'soul' and 'Northern soul.' A retrospective overview of her work is available on the 29-track album, 'You've Got A Way Of Bringin' Out My Tears.'