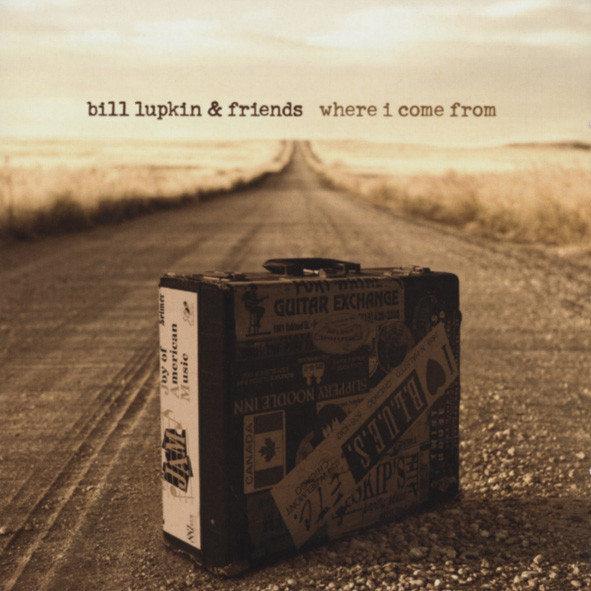 Bill Lupkin & Friends: Where I Come From

This guy is phenomenal. In the early seventies he was, along with bass playing brother Steve, a member of Jimmy Rogers' band. Rogers had just come out of retirement. But Bill has played with almost all the great names in Chicago. He worked with Muddy Waters, was a member of Howlin' Wolf's combo and worked with Johnny Littlejohn. Also, he's playing on Rogers' Shelter LP. After receiving a call from Canned Heat he went west, only to retire in Indiana, frustrated by the music business. It wasn't before the late 90s that he returned to performing. Now we are well treated with this fine CD, produced by Nick Moss. All original material, Chicago style blues. Bill has a big tone reminiscent of James Cotton's. And according to Mark Hummel his tongue-blocking technique is unparelleled. A great record, not only for harp fans. Recommended. BILL LUPKIN - hca/voc, NICK MOSS - gtr, TIM WIRE - kbd, HARLAN TERSON - bass, MARK FORNEK - drums.

Propriétés de l'article: Bill Lupkin & Friends: Where I Come From