Ferlin Husky: Songs Of The Home And Heart 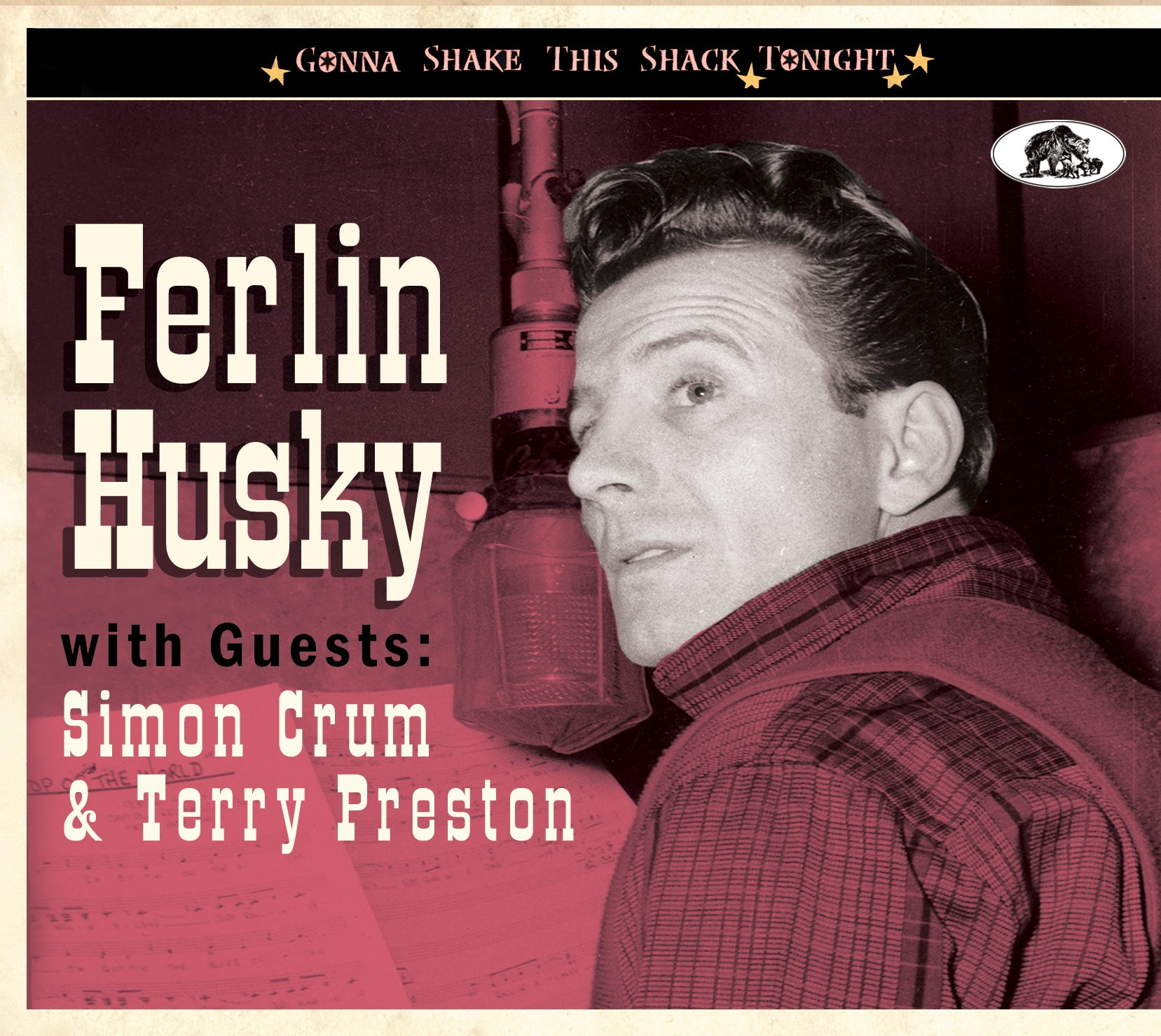 He was born Ferlin Eugene Husky on December 3, 1925, on a farm in Cantwell, in the east Desloge area, Missouri. One of his uncles taught him how to play guitar before age 10. In his latter childhood he became interested in music, especially those by Red Foley and Bing Crosby.

Then there was World War II interrupting Ferlin's musical start. He became a fighting soldier at age 19, and was sent over to the European theatre. He was a gunner on a troop vessel and experienced the horror of D-Day at the coast of Cherbourg, Normandy, France, June 1944.

Directly after the war Husky began working as a dee-jay in the California area of Bakersfield. Western star Smiley Burnette hired him for a tour but forced him to change his name. Burnette said, Ferlin Husky does not sound country. Ferlin started working under his first pseudonym, Terry Preston, on tour as well as on appearances in local honky tonks and juke joints in and around Bakersfield and also on various studio sessions backing other artists as a bass player.

Husky soon got his first record deal signed with the small label Four Star and a series of 11 singles was released during 1949-1951. They went well locally but not nationally. Therefore he moved from Four Star to the bigger Capitol label in '51. The connection to Capitol came from Tennessee Ernie Ford's manager who was very impressed by Ferlin's live appearances.

The first 7 Capitol 45-singles were still released as by Terry Preston – the pseudonym. 1953 saw the 8th single, 'Hank's Song'. It was the first issue under his real name Ferlin Husky. A solid number that sold well. Meanwhile Capitol went on to use the pseudonym Terry Preston on various Husky issues up until mid-1954. It happened then, that Husky recorded a duet with Jean Shepard, called 'A Dear John Letter' which became his first million seller. It climbed to #1 on the Billboard country charts. The song tells the story of GI John who just returned from the Korean war. John received a letter from his beloved girlfriend who quits the liaison with him as she fell in love with John's brother. This 'Dear John Letter' took America by heart. The right song at the right time. A duet answer song followed soon after, 'Forgive Me, John', became another top selling hit. 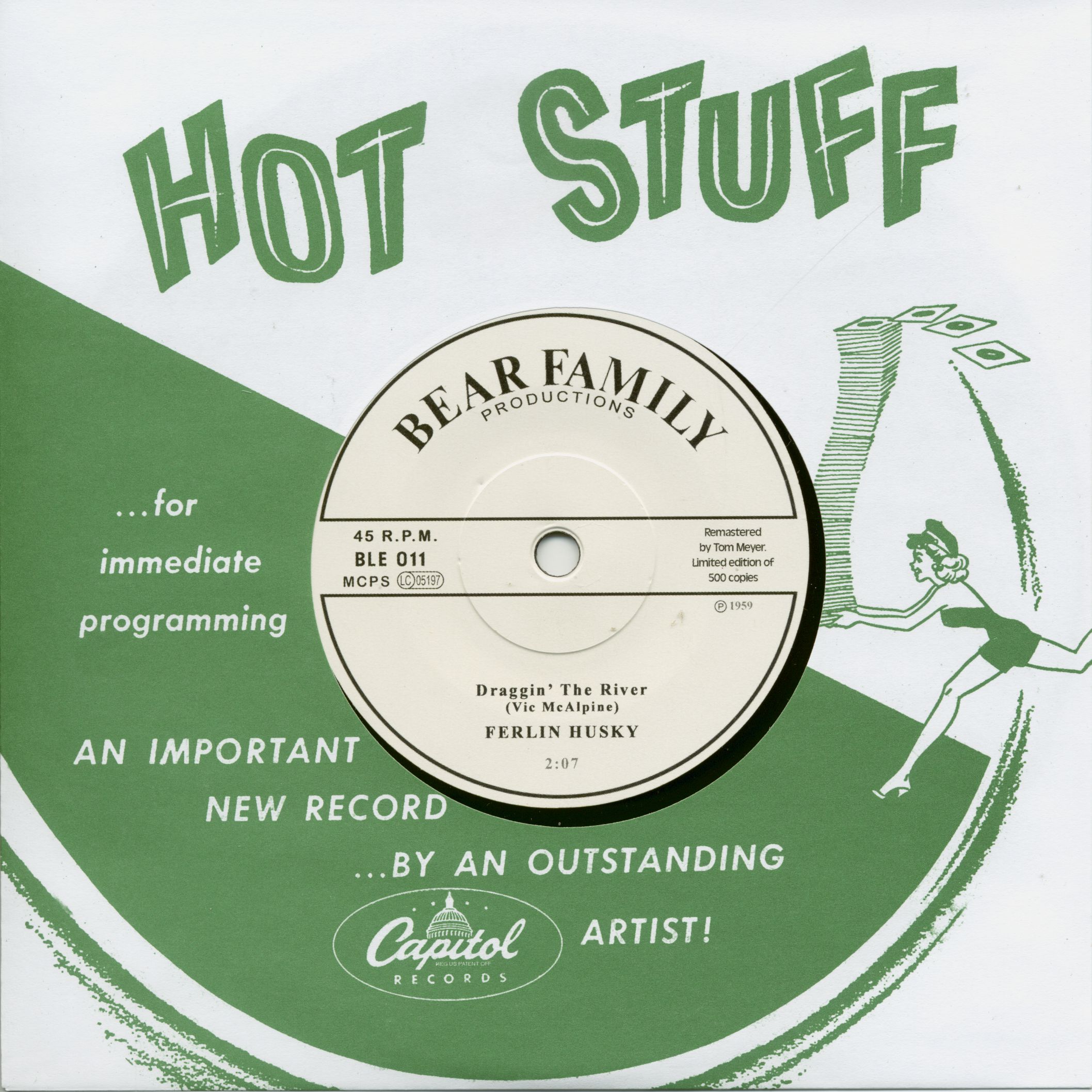 But it took until 1957 when Ferlin Husky had his first solo hit. 'Gone' was a #1 hit on Billboard's country charts for 10 weeks! It climbed to #4 on the Billboard pop charts. Husky could rerun the charts with 'Wings Of A Dove' in 1960.

Meanwhile Ferlin started another career under his second pseudonym. The mid-1950s saw a country comedy act called Simon Crum with similar success as Ferlin Husky. Best chart position for Simon Crum was the song, 'Country Music Is Here To Stay' , in October 1958, #2 dof the country music charts. Even more successful were his TV appearances when he impersonated popular American singers, including female (!) singers, the mocking way.

During the first years of the decade 1960s Ferlin's career went lower. He was still in the charts once in a while but his label Capitol Records started to focus on the California surf music wave and soon on the Beatles and the British invasion. Another main pillar of Husky was acting. He played quite a few roles in Hollywood movies, especially in the 60s and 70s. One of his most successful movies was 'Las Vegas Hillbillies', 1966, alongside Jayne Mansfield. Ferlin changed labels again in 1972 moving forward to ABC Records. Unfortunatly Husky had to face several interuptions of his career in the 1970s due to health problems. He was inducted into the Country Music Hall of Fame in May 2010. Ferlin Husky died on March 17, 2011 at the age of 85.