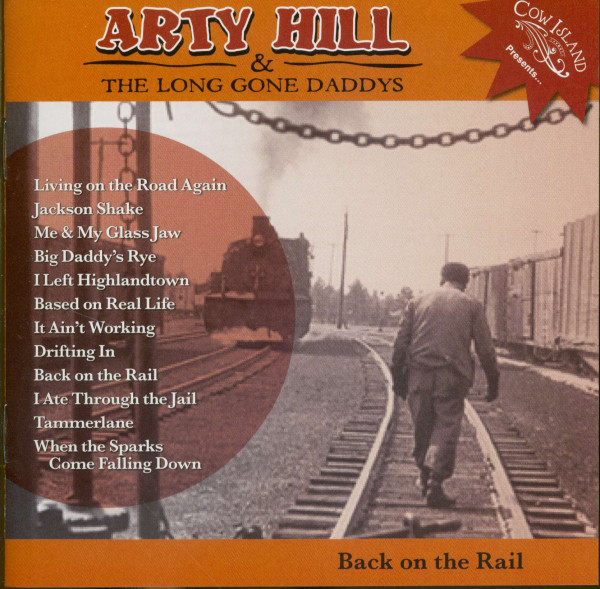 Arty Hill & Long Gone Daddys: Back On The Rail (CD)

I first met Arty Hill in a small Baltimore club in 2004. He handed me a CD, said he was an old fan, and asked me to listen to it. 'Just what I need,' I thought, knowing that I had boxes of fan-produced CDs at home that I just had no time to listen to. However, somehow his earnestness made me listen to it immediately and I was profoundly glad I did. I was thoroughly impressed, especially with the song 'Tammerlane.' Simply put, the song floored me. I saw Arty again at another Maryland show six months later. He was in fact the only paying audience member there to see me! He ended up on stage with me singing harmony on my old Jason and the Scorchers songs and ripping out fabulous punkgrass guitar licks. He made the night for me. Without his presence I probably would have been borderline suicidal after that show!!

He gave me a full copy of his new CD. Again I was most impressed. Songs like 'Jackson Shake,' 'Drifting In,' and 'Back On The Rail' perfectly delivered that jumping old country vibe so many try to nail and so many fail at. Great songs, great production, and great singing/picking -it's all here. And pay close attention to 'Tammerlane.' It is a masterpiece.
-Jason Ringenberg Farmer and musician April 12, 2005


Howdy Friends, Shortly after we started up Cow Island Music in 2006, we were searching for new artists. We were looking for folks who could play classic country and rockabilly with lots of heart, while putting their own spin on it. Around that time, I read a review of Arty Hill & the Long Gone Daddys' Back on the Rail, which I owned, but hadn't really given a hard listen. Over the next few weeks, I played it a bunch, and concluded that this was one hell of a record! Great songs, singing and picking: who was this Arty Hill character ?

I contacted Arty down in Baltimore and we spoke on the phone. He was clearly very committed to his music, and extremely knowledgeable and respectful of classic country. He also told me he and the re-vamped Long Gone Daddys lineup were getting ready to record a follow-up to Back on the Rail. We talked a little further, and in 2008, that follow-up recording, Bar of Gold, was released on Cow Island. Bar of Gold spent two months at #1 on the Freeform American Roots chart, and was named by the FAR DJs as one of the Top 10 records of the year. It was also an important factor in Cow Island Music being voted 'Best in Industry' by the FAR DJs in 2008.

As for Back on the Rail...when it came time for Arty to do a new pressing, it just seemed natural to release it on Cow Island. So here it is: the recording that got us excited in the first place. Arty backed by the original Long Gone Daddys (Telecaster wizard Dave Chappell and drummer Craig Stevens), rockin' and stompin' their way through 11 Arty originals, from Baltimore to Bakersfield and back again. For good measure we've included one track which was not on the original release.
We're real proud of our association with Arty Hill. And we hope you enjoy Back on the Rail as much as we do.
-W J. Hunt Cow Island Music Boston, Mass January 2009
(2009/COW ISLAND) 12 titres (44:07), le 2e album de cette REAL tenue Honky Tonk! Pas de pseudo merde - il suffit de musique country réel avec un bord rockin '. Toutes les chansons sont Arty Colline originaux. Livret incl. Toutes les paroles. 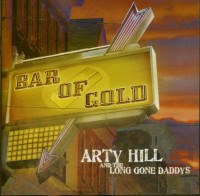 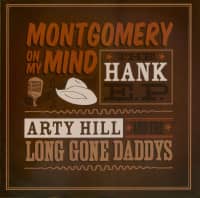