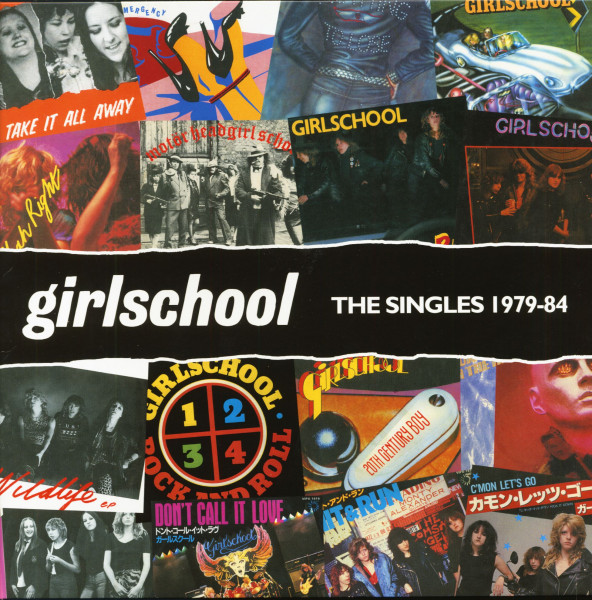 Pour en savoir plus sur Girlschool
Girlschool All-girl rock bands in the seventies were a rare king - even in America, where... plus
Fermer menu
"Girlschool" 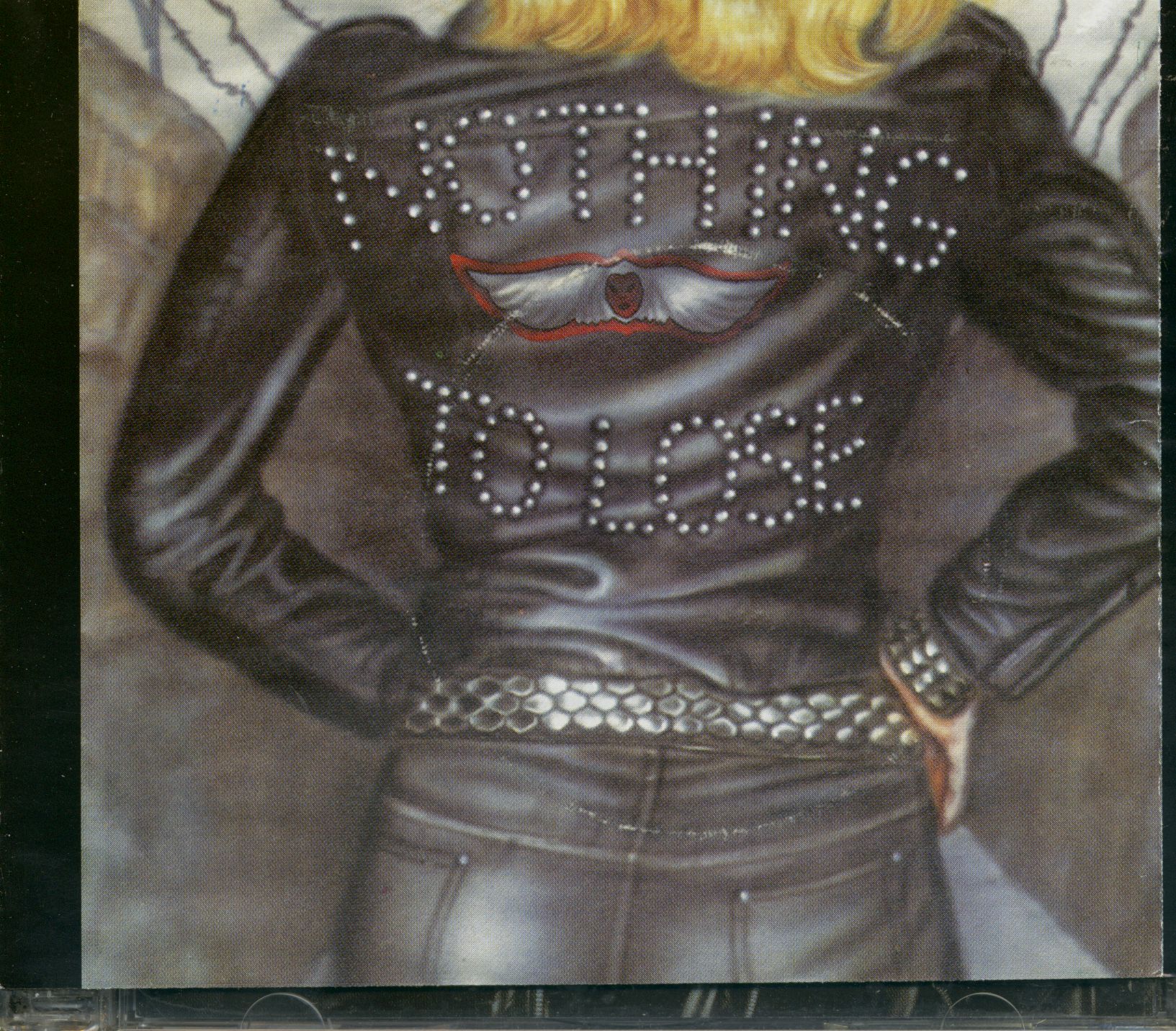 All-girl rock bands in the seventies were a rare king - even in America, where The Runaways achieved a reasonable level of success. In England, at the start of the punk explosion, it was an even rarer thing (The Slits and The Raincoats were hardly what you'd call rock!).
Girlschool, however, emerged out of the punk years of the late 70s as the perfect example of an arse-kicking rock 'n' roll band. Not only could these girls play, they could play hard-hitting metal well. Extremely well. Early on, they were a difficult band for the public to define, having a sound that might best be described as punk-tinged metal. In the words of Kim today: "When we played a rock club, everyone thought we were a punk band, and when we played a punk venue, we got accused of playing rock. Really, we couldn't win!"
Based in South London, Girlschool originally called themselves Painted Lady, consisting of Kim McAuliffe (guitar, vocals), Enid Williams (bass), Deidre Cartwright (lead guitar) and Tina (drums).

But after sporadically playing the local scene, they split up. McAuliffe and Williams then changed the band's name to Girlschool, recruited a new guitar player, Kelly Johnson, and drummer Denise Dufort. Inspired by this new blood, the group started gigging heavily around the local area and built up quite a following.
They were soon spotted by one Phil Scott, who signed the four-piece to his fledgling indie label, City Records (a rock/punk stable which had just issued the UK Subs first 7") for a single deal. The resultant "Take It All Away"/"It Could Be Better" was issued in mid-1979, which brought them to the attention of a certain Lemmy Kilminster of Motorhead. Impressed by Girlschool's raw power on stage, he offered them the support slot on MotOrhead's forthcoming tour to promote their classic Overkill album.
Motörhead had recently signed with Gerry Bron's Bronze Records and it was this relationship which cemented Girlschool's deal for a debut album with the label.

Bronze were quick to get the girls in a studio with producer Vic Made, and two singles "Emergency"/"Furniture Fire" and "Nothing To Lose"/"Baby Doll" - emerged shortly afterwards. Alt but one of these tracks also featured on their debut album, Demolition, The album sold healthily (it reached No. 38 in the charts), quickly establishing the band as a force to be reckoned with, in the fast-expanding market of the New Wave Of British Heavy Metal (or NWOBHM, for short).

Girlschool's next single, "Race With The Devil", was backed by "Take It All Away", a re- recorded version of their debut single - and again, it charted (No. 49). The band's reputation was growing fast and it wasn't long before the music press were singing their accolades. In 1980, Sounds voted the band second 'Best Newcomer' and Kelly Johnson was voted third Best Female Vocalist .
The Overkill tour was not the last association with Jemmy and co. In 1981, Girlschool teamed up with Motiirhead for a short stint in the studio. The resultant recordings were issued under the guise of Headgirl as an EP, "St. Valentine's Day Massacre". It contained three songs: "Please Don't Touch" was a combination of both bands; "Emergency" from Girlschool's Demolition album was covered by Motorhead; and "Bomber" from Motorhead's album of the same name was recorded by Girlschool. The single was a massive success (No. 5), catapulting the band to the position of number one female rock group. 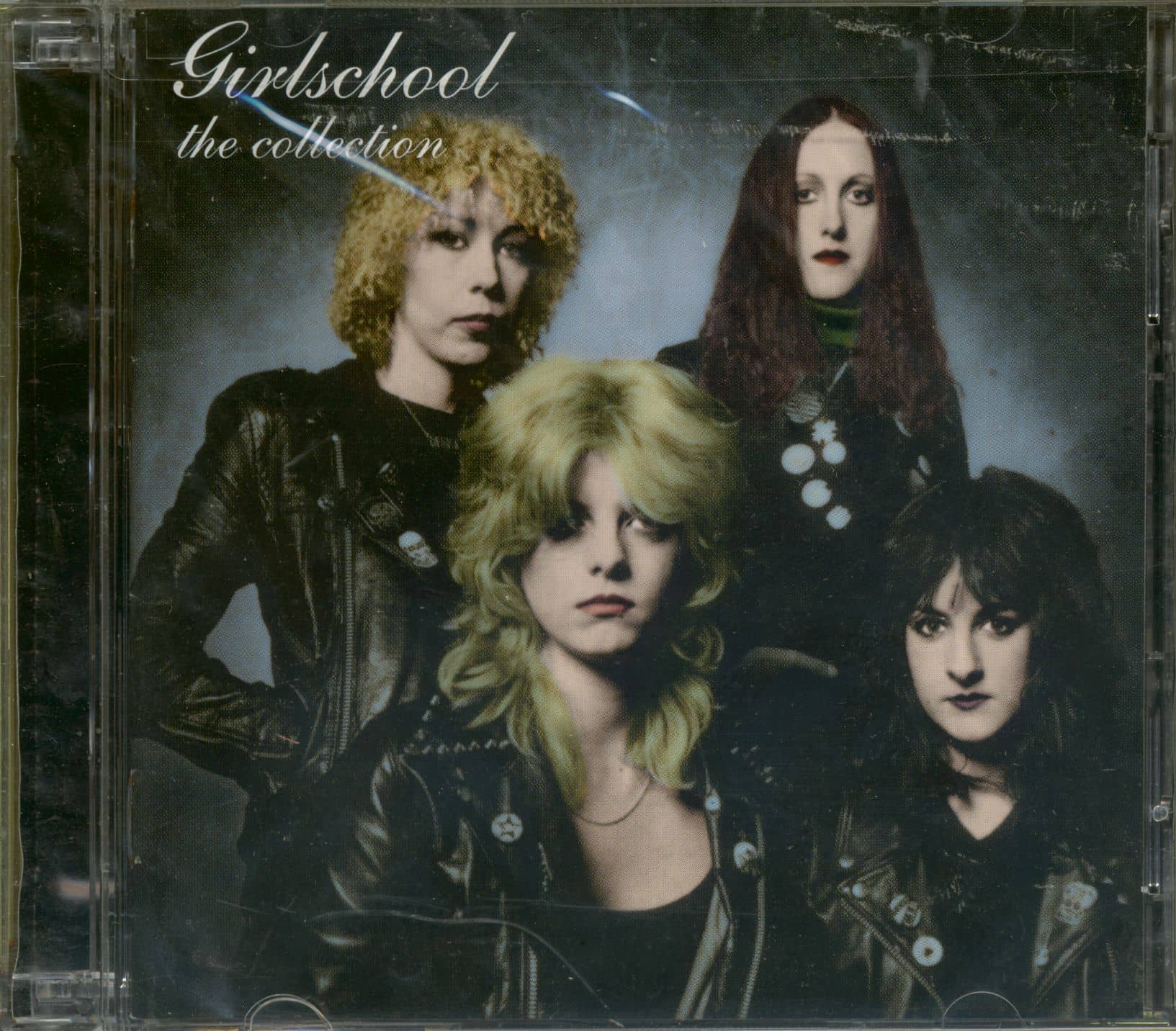 This pole position was solidified by the Top 5 status of Girlschool's next album, Hit And Run (again produced by Vic Maile). It spawned singles like "Yeah Right"/"The Hunter" (which just missed the Top 70), and "Hit And Run" (No. 32), backed with the non-album track "Tonight". Also released was "C'mon Let's Go" (No. 42), coupled with a live of "Tonight" - and on the rare 10" edition, "Demolition Boys" from their debut album.

In 1982, Girlschool endured the first of a long line of personnel changes, when Enid Williams departed just prior to the release of the "Wildlife EP". Enid was replaced by former Killjoys bassist Gil Weston in time for their third LP, Screaming Blue Murder. Wildlife contained three tracks: "Don't Call It Love" and "Wildlife" acted as excellent tasters for the forthcoming album and a non-LP track, "Don't Stop"; and it peaked at No. 58. Screaming Blue Murder (No. 27) was produced by Nigel Grey (who had formerly worked with both The Professionals and The Police), and went gold in Canada while the band were touring there. There was no doubting the tenacity of these hard working girls, with their constant touring throughout the USA, Canada, Japan and Europe. They even managed to penetrate the depths of Russia (remember this was the early eighties!) and the Indian sub- continent.

In summer 1983, the band released another EP containing "1-2-3-4 Rock n Roll", a cover version of ZZ Top's "Tush", and "Don't Call It Love", which had been lifted from Screaming Blue Murder. Interestingly, the band hated the idea of recording "1-2-3-4 Rock n Roll" and never actually completed it; the final result was actually completed by Gerry Bran and his engineers! Needless to say, it went nowhere.
Girlschool's line-up remained stable for their fourth LP, Play Dirty. It was produced by Noddy Holder and Jimmy Lea of Slade and the influence definitely showed - the band even recorded a Holder/Lea penned number! Play Dirty (No. 66) was preceded by a single, "20th Century Boy" (yes, a cover of the T-Rex classic!), backed by "Breaking The Rules". Two further album tracks, "Burning In The Heat" (penned by Holder and Lea) and "Surrender", were coupled on single, but failed to chart. Despite its relatively modest success, however, Play Dirty remains a favourite with the girls today.

Bronze Records by this time were in a precarious financial position, primarily due to the failure of Gerry Bron's airline, Executive Express. With this in mind, the girls parted company with their Label, shedding Kelly Johnson on the way, who was replaced by Chris Bonacci.

With this new line-up, the band signed to Mercy Records in the US and promptly recorded their fifth studio offering, Running Wild, with Nick Tauber in the production seat. Sadly, the band got little support from their new label and the album sank without trace. After this disastrous Mercury/Polydor affair, Girlschool regrouped, and promptly signed to metal specialists GWR Records. They also reunited with Vic Maile to record their sixth album, Nightmare At Maple Cross (1986). Although the album failed to chart, it is one of the strongest collections of their career. Girlschool then covered one of their favourite songs from the glam rock years, Gary Glitter's "Leader Of The Gang". They even managed to get Gary Glitter to join the party and he ended up singing on the final product. With 1987 upon them, more personnel changes were afoot.

Gil Weston departed, to be replaced by Tracy Lamb ex-bass player with Rock Goddess, This reformed line-up duly recorded a second album for GWR in 1988. Entitled Take A Bite, it included a cover of the Sweet hit, "Fox On The Run", and a song called "Head Over Heals", penned by longtime friend, Lemmy, and Kim McAuliffe. Although strong, the album had one real weakness - the artwork on the cover, primarily because it really didn't display the flair of their music. Several concerts were recorded during their spell with GWR and some selected recordings have been included on this collection as their first appearance on CD. Unfortunately, the contract with GWR finished shortly after the failure of Take A Bite and the band didn't record again until 1992. And what are the girls doing today? Well, they still play live whenever they feel like a night out! And they entered the studio again at the end of September 1998 to record another studio album, which should follow shortly. Girlschool may not have achieved the dizzying heights of a platinum-selling band. But they have a very special place in rock and roll history. One thing is for sure: they were at the forefront of opening the doors for female artists to achieve success in the nineties and beyond.
Robert M Corich 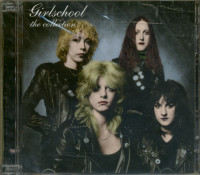 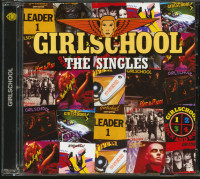