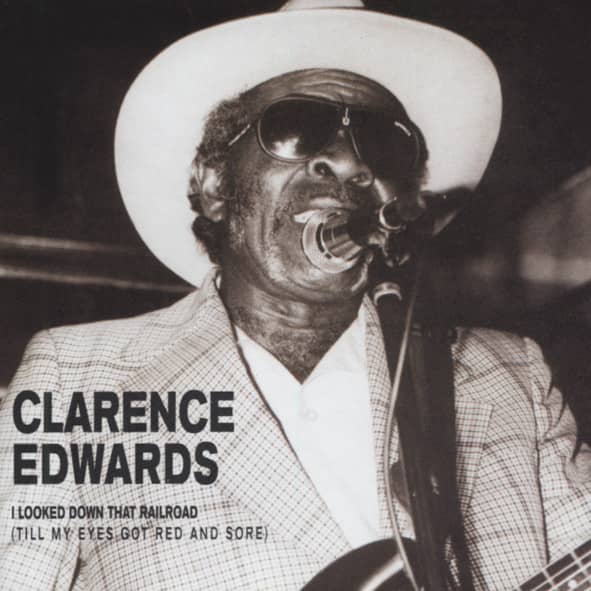 Clarence Edwards: Edwards, Clarence I Looked Down That Railroad

Clarence Edwards was one of the part-time folk-blues musicians recorded by Harry Oster in the late 1950s and early 1960s. In the Baton Rouge area, apart from Cage and Thomas, Oster recorded Robert Pete Williams and a number of neighbours and acquain- tances of these three men; Sally Dotson, Robert Brown, Charles Henderson, William Dotson, and others. He also mentioned Arthur Jenkins, Roselle Wilkerson and Leslie Anders, and con- cluded, 'in the back country of the deep South, the roots of negro folk music are still alive and vibrant.'

In the case of Clarence Edwards, though, Oster found a man whose repertoire was based on the recorded blues of recent years by men like Muddy Waters and Howlin' Wolf. Edwards was an excellent guitarist and singer who said he was self-taught. This recording provides us with a more folky, down-home take on the theme recorded by both of his inspira- tions, complete with Wolf-like howl.

Born in Linsey in 1933 and living since the early 1940s in Alsen on Highway 61 just out from the Scotlandville area of north Baton Rouge, Edwards was proficient enough to be jamming in Zachary with Butch Cage and others including his brother Cornelius. To Oster, Clarence Edwards was a good looking young man "currently working in a junk yard during the week and playing as part of a trio, two guitars and drums, on weekends at dances." Working the joints and bars...