Dr Feelgood was the pseudonym adopted in 1962 by Atlanta bluesman, Willie Perryman, who had recorded prolifically as Piano Red for RCA /Groove between 1950 and 1958.

In that period his best-selling R&B records — `Rockin' With Red', 'Red's Boogie', 'Wrong Yo Yo' and others — were characterised by gruff, good-humoured singing and a rum-bustious piano style. 'Yo Yo' had previously been recorded in 1930 by his brother Rufus Perryman (alias Speckled Red). Piano Red also recorded for Jax, Checker and Arhoolie. Emerging as Dr Feelgood and the Interns, Willie Perryman made the pop charts with two exuberant rockers, `Dr Feel-good' and another version of 'Right String But The Wrong Yo Yo', on Okeh.

The flip of the first, `Mr Moonlight', sung by Roy Lee Johnson, was later recorded by the Beatles. 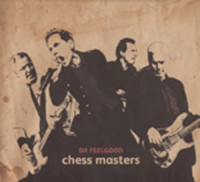 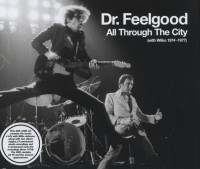 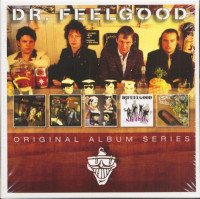