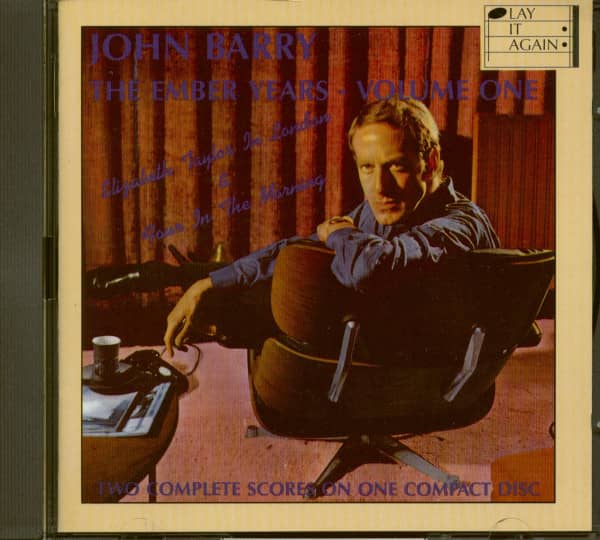 king of screen composers, was born John Barry Prendergast in 1933, grew up in York, and spent his youth watching films in the movie theatres owned by his family. After national service derailed his ambition to be a concert pianist, he formed the John Barry Seven in 1957 and found work backing pop stars like Tommy Steele and Frankie Vaughan. HIS first soundtrack success came in 1959 with Beat Girl, starring Adam Faith, and in 1962 Barry was asked to arrange the title theme for the first James Bond picture, Dr No.

Since then, of course, his name has been inextricably linked with 007's, the winning combination represented here by the title music for the second, probably best ever, Bond film, From Russia With Love. Enjoy, too, the evocative opening sequence from one of his earliest projects, Zulu, plus several notable pieces from the US ABC-TV 1963 documentary special Elizabeth Taylor In London. OUR final track, Christine, released in 1963 by 'Miss X' (actually Joyce Blair) was a topical parody based on the Profumo affair. Later, Barry would pick up Academy Awards for Born Free (1966), The Lion In Winter (1968), Out Of Africa (1985) and Kevin Costner's Dances With Wolves (1991), but our 16-track selection highlights those early-mid Sixties pieces that first propelled Barry's music to a worldwide audience.

Pass the popcorn and enjoy! 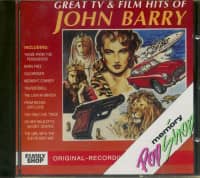 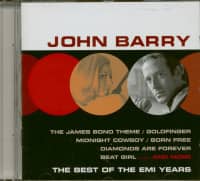 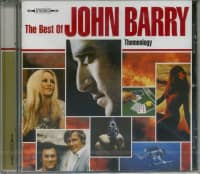 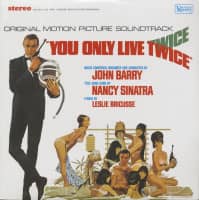